To show the hidden files execute the command below in a terminal window:
defaults read com.apple.finder AppleShowAllFiles -bool YES

To start, open up Automator (in the Applications folder) and choose a Service template. From the library choose “Run Shell Script” and drag it across to the workflow area. In the text box paste the following command:

Finally, change the “text” drop-down menu to “no input” and then save you workflow as “Toggle Hidden Files”.

A simple Angular demo which uses the http service for retrieving data from github.

You can find a simple demo page here for reference.

In a dual boot configuration with NTFS it is sometimes necessary to mount a partition as read only (for example when you have Windows 2008 quick start enabled; see also this link). The command below lets you do this:

Find out which IP hits your server the most with the bash command below: 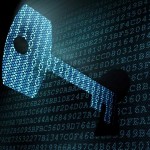 Generate the public key from the private key:

Create a symmetric key (base 64 for convenience) and store in file:

Encrypt the symmetric key file with your public key:

Decrypt the symmetric key with your private key:

The term “asymmetric” stems from the use of different keys to perform these opposite functions, each the inverse of the other – as contrasted with conventional (“symmetric”) cryptography which relies on the same key to perform both.

The strength lies in the fact that it is “impossible” (computationally unfeasible) for a properly generated private key to be determined from its corresponding public key.

Thus the public key may be published without compromising security, whereas the private key must not be revealed to anyone not authorized to read messages or perform digital signatures.

Each user has a pair of cryptographic keys – a public encryption key and a private decryption key. Similarly, a key pair used for digital signatures consists of a private signing key and a public verification key.

In symmetric-key encryption, each computer has a secret key (code) that it can use to encrypt a packet of information before it is sent over the network to another computer. Symmetric-key requires that you know which computers will be talking to each other so you can install the key on each one. Symmetric-key encryption is essentially the same as a secret code that each of the two computers must know in order to decode the information. The code provides the key to decoding the message.

The first major symmetric algorithm developed for computers in the United States was the Data Encryption Standard (DES), approved for use in the 1970s. The DES uses a 56-bit key.

For some commands in unix you need elevated priviliges. For this the sudo command is invented. It is very inconvenient to enter the password every time you execute the sudo command (especially if you have logged in with your ssh keys in the first place).

To prevent sudo from asking your password you should edit the file /etc/sudoers . First check which groups you are in (preferable use the “username” group; the one in which you are the only memeber). Start editing the sudoers file with the command: sudo visudo

Restart the sudo service with

Logoff and logon; execute a sudo command; no password asked…

When you connect a USB device to your Synology diskstation a share is created with a sequence number. The last number assigned (and the device id it is assigned to) is stored in the file /usr/syno/etc/usbno_guid.map.

You can delete devices you no longer use and assign your own numbers here to the USB shares. This is very usefull when you have backup tasks that backup to a specific USB share (like I have).

The code snippet below adds a username, hostname and cwd (current working directory) to your prompt on the DiskStation: